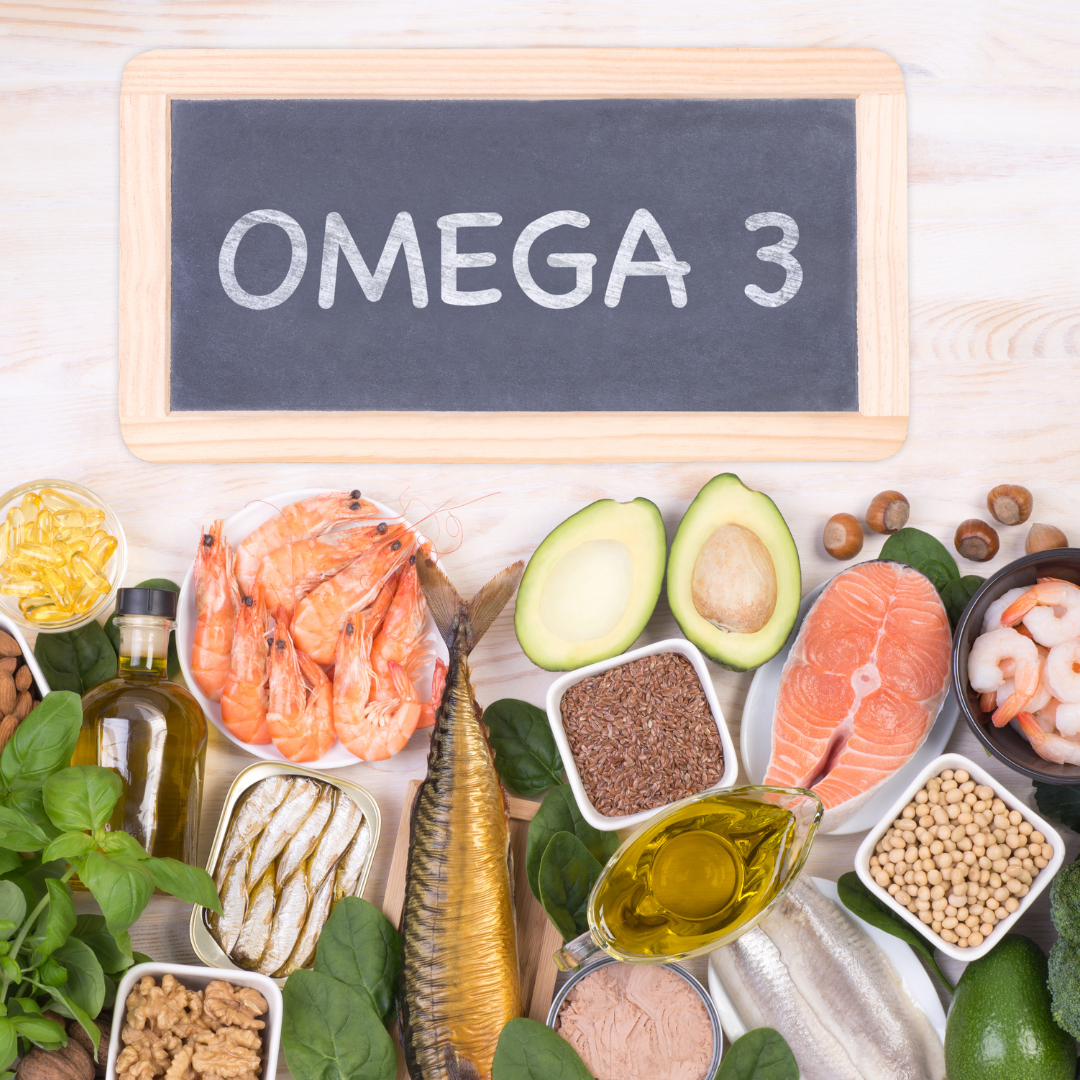 Essential fatty acids (EFAs) are polyunsaturated fatty acids and there are two types: alpha-linolenic acids (ALA; the parent compound of omega-3 fatty acids) and linolenic acid (LA; the parent compound of omega-6 fatty acids). Both EFAs can’t be synthesized in the body so we need to get them from foods. The body then uses these parent compounds (which were obtained from the diet) to make their longer chain derivatives, which in fact are the ones that are essential for human health. The omega-6 fatty acid LA can be made into arachidonic acid (AA) and the omega-3 fatty acid ALA can be converted into Eicosapentaenoic acid (EPA) and Docosahexaenoic acid (DHA). However, those conversions are very inefficient, which is why it is best to obtain these specific omega forms directly from the diet.

Whilst we need both types of EFAs and all their various derivatives, we do need to keep in mind that a diet higher in omega-6 fatty acids will ultimately lead to inflammation. Most Western diets are high in omega-6 fatty acids, so this is a real problem for most of us. What can we do to avoid this? We can reduce our intake of omega-6, but we also don’t want to completely avoid it as these are still essential fatty acids and we need have them in our diet (aim for a ratio of 3:1 or 4:1 (omega6:omega3)). It’s unfortunately also not as easy as just increasing your intake of all omega-3 sources. This is because both ALA (omega-3 parent) and LA (omega-6 parent) compete for the same enzymes when they are converted to EPA/DHA or AA respectively. Whilst we need some AA, too much of it is not good for us as it is pro-inflammatory. EPA & DHA, however, are anti-inflammatory, so having a high intake of those will lead to less inflammation. To avoid the problems with conversion, it is best to eat actual sources of EPA & DHA.

Before mentioning the sources and benefits of omega-3s, it is also worth mentioning where we get omega-6 from in our diet.

Traditional sources of omega-6 fatty acids are in fact highly nutritious foods like nuts, seeds and meat from pastured animals – these foods should not be avoided but instead eaten in moderation. However, these days consumption of omega-6 containing foods is dominated by cheap vegetable and seed oils, that are highly refined and often rancid. The latter is more of an issue when buying fried fast foods as the oils used for commercial frying are often continously re-heated, which then leads to them becoming rancid. Consumption of these oils has been associated with cardiovascular disease. It is best to avoid buying fried foods and to use butter, olive oil, ghee or coconut oil for frying to avoid high consumption of these inflammatory oils. These inflammatory oils are also used in commercial baking and in the making of processed foods, which is why it is best to avoid these too, or at least just consuming them occasionally.

So what are the benefits of eating EPA/DHA-rich foods?

Ideally, we would get all our omega-3 fatty acids from food, but reality is that most people don’t consume adequate amounts of omega-3 rich foods. Many people don’t eat enough fish because they might not like the taste, don’t know how to prepare it, avoid it for ethical reasons or are concerned that they are from contaminated waters. Whatever the reason, the outcome is the same: they don’t get enough EPA/DHA. This is where supplementation can be really helpful. Supplements are produced from various seafoods and algae. However, not all supplements are the same. Many are not made from sustainably sourced fish and often contain artificial flavours, colours or preservatives. Many also don’t contain a therapeutic dose of fish oil. It is best to speak to a practitioner to get the best product for your individual needs. Contact me for a free 15 minute chat and we can see if we can work together.